The 4th International Haxe Conference WWX2014 organized by Silex Labs took place from 23th to 26th may 2014 in Paris.Here is the video of Todd Kulick’s speech at WWX2014. 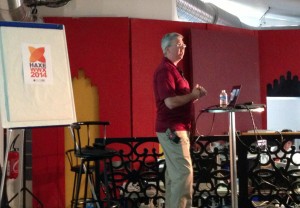 Todd has professionally developed video and graphics products for twenty years at companies like Silicon Graphics, nVidia and TiVo.  During his fifteen years at TiVo, Todd has been part of or led teams that have shipped over fifty set-top box software releases for cable, terrestrial and satellite video systems.

Todd is a huge fan of Linux, Emacs, Haxe and other open-source software. He hopes to help TiVo and Haxe grow stronger, together in the coming years.

In this talk, Todd and Gabe Dalbec, Principal Engineer at TiVo, discuss the process and experience TiVo had in converting its set-top box user interface from AS3 to Haxe.  They discuss how TiVo evaluated and eventually selected Haxe as their technology foundation for future products’ user experiences.

Over one million lines of AS3 product code and tests were (mostly) programmatically converted to Haxe.  The challenges that TiVo encountered during the conversion are discussed along with lessons learned and TiVo’s ideas for future directions for the Haxe language and its accompanying tools and haxelibs.  Finally, Todd and Gabe demo the latest TiVo Haxe DVR user interface on a range of different devices. 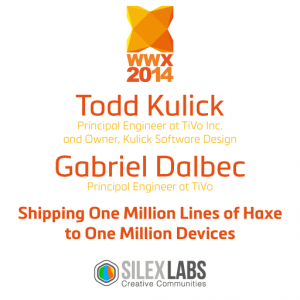