WWX2014 - Speech : Elliott Stoneham "Haxe as a compilation target for other languages"

The 4th International Haxe Conference WWX2014 organized by Silex Labs took place from 23th to 26th may 2014 in Paris.Here is the video of Elliott Stoneham’s speech at WWX2014.

Elliott started programming in 1974, he exhibited at the first Internet World Show in London and wrote the website that sold the first insurance product online in the UK. After working as a systems programmer into his 30s, Elliott spent two decades in IT and general management. Outside of IT, he has master’s degrees in business administration and Chinese. Recently he has been tempted back to his programming roots. His current personal mission is to write a Go compiler targeting the amazing Haxe language.

Haxe as a compilation target for other languages 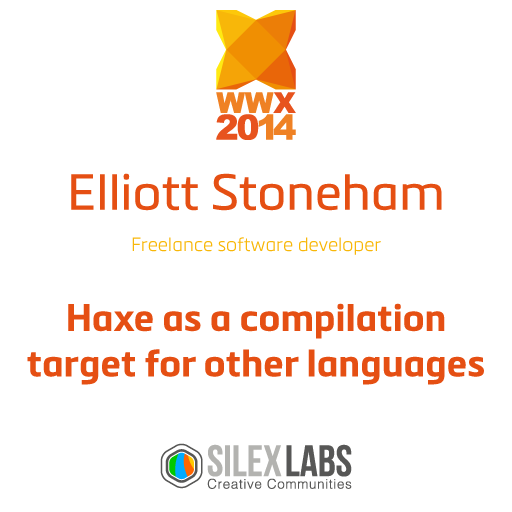