WWX2014 - Speech : Andreas Söderlund "DCI - How to get ahead in system architecture"

The 4th International Haxe Conference WWX2014 organized by Silex Labs took place from 23th to 26th may 2014 in Paris.Here is the videos of Andreas Söderlund’s speech and lightning talk at WWX2014.

Andreas has been working on larger web systems and applications for about 10 years, specializing in system integration and architecture. He worked from start to finish as lead designer and programmer in multiple e-commerce, banking and large-scale social communication systems.

He started using Haxe at early version 2, created the web framework Haxigniter, then some mocking/DI libraries followed by ufront and its template engine erazor, together with Franco Ponticelli. He has been working the last year on a Design by Contract and a DCI library, since Haxe has currently one of the best possibilities to realize the new architectural paradigm DCI (Data, Context, Interaction).

DCI - How to get ahead in system architecture

“DCI - How to get ahead in system architecture” will focus on the foundation and importance of a solid architecture, explaining the problem with today’s so-called object-orientation and why most systems ends up being overly complicated and hard to comprehend. It will show how to create a truly people-oriented domain model, mapping end-user mental models directly to code, and how to avoid complicating system design by separating data from function, two concepts with very different rate of change. The DCI paradigm is rooted in timeless design principles with a solid theoretical foundation, and introduces for the first time system behavior as a first class entity in computer software. 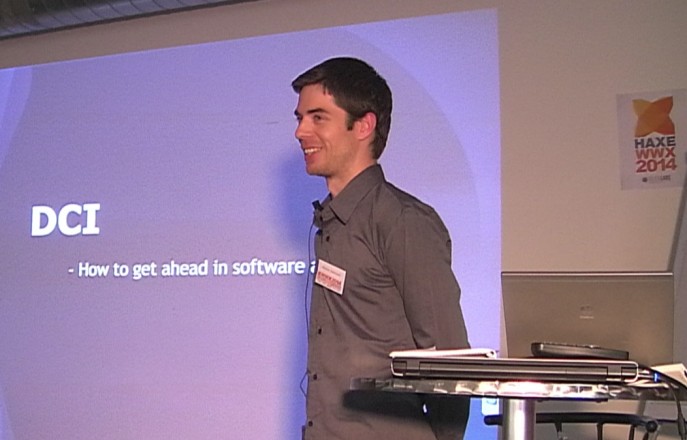 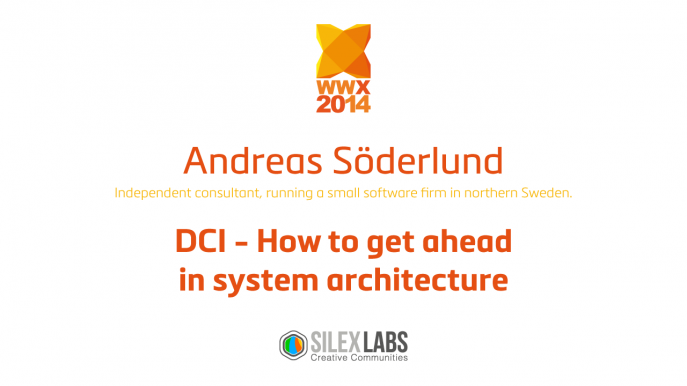