Nicolas Barradeau aka nicoptère - Creative coder
Nicolas Barradeau was born in Paris, grew up in Lyon, practiced fencing till the age of 12 and has always been a poor skateboarder. He did the fine-arts until 2003 in Lyon and graduated with honors ; he was a good student. He left for Budapest (Hungary) in 2005 and he became a french teacher. A year later, he was hired to do 3D architecture rendering for a real-estate company. In the meantime, he learnt Flash as a hobby and in 2008 – back in Paris – it became his job. He ended up being “lead creative developer” then left the company he worked for to start a freelance carreer on january 2010. Nowadays, he works as a creative coder, with various people, agencies and programming languages but always on the graphic part of things. He sometimes recieves awards for his work, gives workshops and conferences. He is happy. 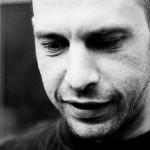 Random graphic doodles
Randomized experiences and visions of a programmer diving into the Haxe ecosystem. You will see how I generate beauty with code… and NME!