Ruben Weijers – Co-founder CiteFlow, responsible for IT
Ruben studied in Rotterdam’s University of Applied Sciences, he works in Netherlands and is co-founder of CiteFlow. CiteFlow gives organisations insight in the knowledge of their employees using data-analytics algorithms. He uses his technical knowledge to bring ideas to life and loves finding elegant solutions. He brings a strong focus on UX in every project he works on. He has a good experience with Javascript, CSS3, HTML5, Haxe and AS3 for clientside development and Clojure, PHP, Haxe and Node.js with serverside development. He’s also lead developer of “Prime”, an opensource project for cross-platform application development, written in Haxe. Main focus of the project is to make it easier to write cross-platform business software. In his spare time he enjoys dancing lindy-hop, a dance from the 30′s and automating his vegetable garden. 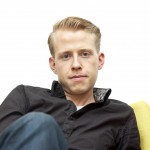 Danny Wilson – Lead-developer OnlineTouch
Danny studied Graphics and Media Technology in Rotterdam and currently lives in the Netherlands. During his study back in 2004 he discovered Haxe and has been an advocate ever since. When he started working as lead developer at Online Touch, he chose Haxe as the core technology for the frontend. Aside from development and project management, he’s responsible for redesigning the system with scalability in mind, including server configuration and de-coupling components. He is also owner of his freelance company: deCube.net – design and development. Programming Haxe, Clojure, Scala, Javascript and D. Other hobbies include playing systems architect, systems administrator, designer, kickboxing and the occasional wall climbing. 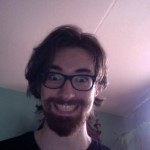 – Talk Nicolas Cannasse: What is Haxe?

– Talk Juraj Kirchheim: Macros: a lot has changed in Haxe 3

– Talk Jason O’Neil: Web Apps in Haxe (an idea whose time has come)