Cristian Băluță - Indie iOS developer
Cristi is a romanian indie iOS developer, he is 30 years old and live in Romania. He likes programming, photography and healthy eating. He has a degree in energetic engineering and began using haxe in 2007 because he was frustrated of the low speed of flash ide on mac and heard about mtasc, he was ready to use in textmate, but he shortly switched to as3 with haxe. He likes the speed and typing and continued to use it but only for flash. When flash started to give the signs of death he has started to use the js target as well. Right now he uses it for some ios/android/flash games with nme, his other work is native objective-c but he’d like to see this target alive and maybe to combine them somehow. 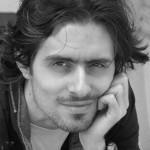 Native iOS apps with haxe objective-C target
The state of the target and what needs to be done, similarities with flash, components in the cocoa touch framework, the built-in mvc, events, and i’ll go through an app that demonstrates features of the compiler.