Here are the videos of the wwx2013 lightning talks:

Juraj Kirchheim “A new IDE is born, in Haxe for Haxe”

Clemos aka Mister Sublime “Haxe as a web development tool”

Clemos is the official maintainer of the Haxe plugin for Sublime Text and creator of http://try.haxe.org/ 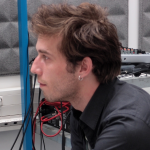 David Anema - Founder of Anema Services and Anema Hosting fell in love with coding when he first started coding MSX Basic at the age of 8. When he founded Anema Services in 2008 coding primarily Actionscript and Javascript he discovered Haxe early 2012 and knew this was the next-gen-foundation for rich Web Apps and Websites. 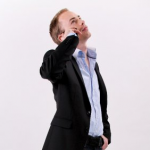 Jason O’Neil - Lead Developer, Sheridan Research Institute
Jason O’Neil is a designer, hacker and developer from Perth, Western Australia. Making his first website at age 11, he loved it and went on to study Multimedia Design. Coming from ActionScript, PHP and Javascript, he discovered Haxe in 2009 and knew it was going to be big. Now he works with Sheridan Research Institute, using Haxe to develop innovative apps and content for the education sector.
http://sheridancollege.com.au/ri/ 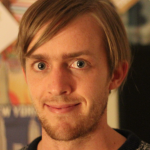 Nicolas Cannasse - CEO, Haxe Foundation
Nicolas is the CEO of the Haxe Foundation and lives in France. He’s also an independant Game Developer at Shiro Games, and he loves making game and writing compilers. He designed and wrote the Haxe programming language, and the Neko Virtual Machine. He is specialized in programming languages, compilers, VM, Game development (Game design, Flash and website programming) and Open Source software development.

The Obelix team was composed of 4 Cifacom’s students who worked on Silex V2 user interface as school project under the direction of Pol Goasdoué co-founder of Silex and Intermedia Paris. They worked on design of the new version of silex which will be released soon. (Obelix team: Benjamin Bahri, Antoine Buzaud, Lucile Collignon, Gabriel Dehan, Gaëlle Le Hir and Romain Selva)