This component align components to the stage borders, scene borders or to the component position.

To use this component, you must first install it on your silex server and then activate it for your publication or for the entire server.

For the illustration, we have a green rectangle and a yellow ellipse. We are going to align them with the Ultralign component. 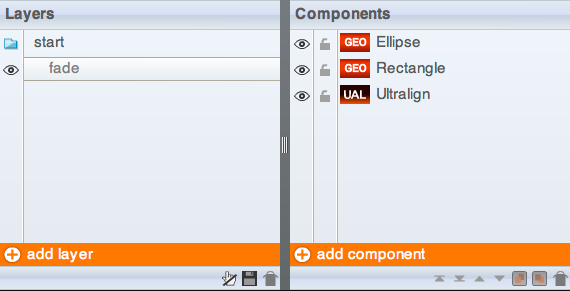 Let’s see the different positioning (in the following examples, the anchor point is “self”)
Absolut : 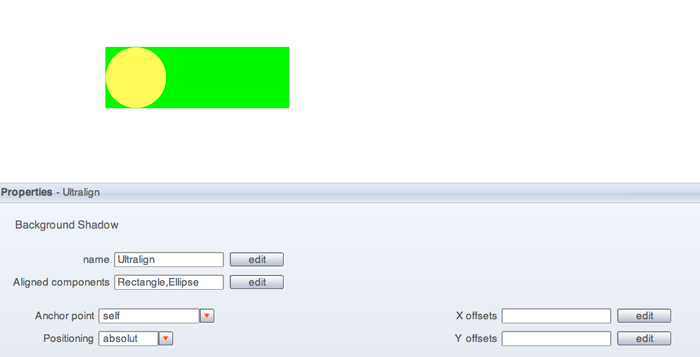 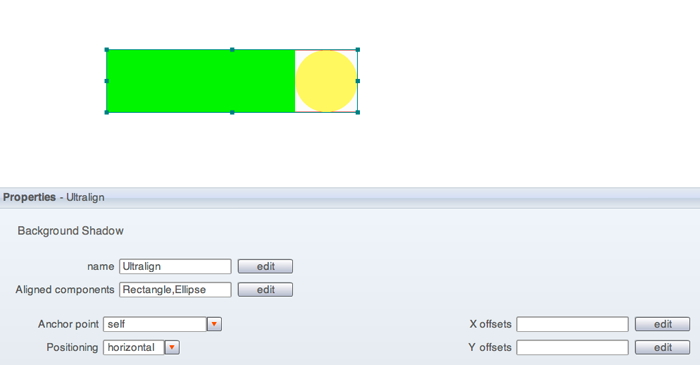 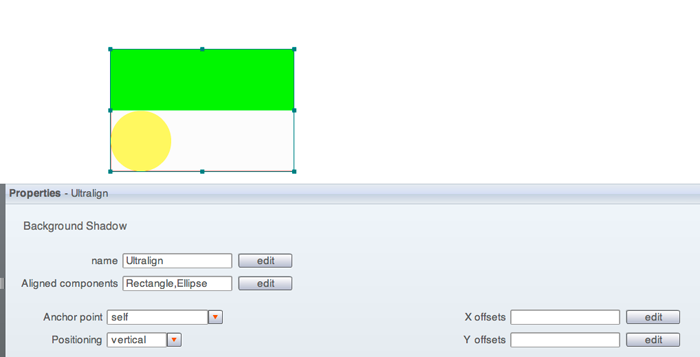 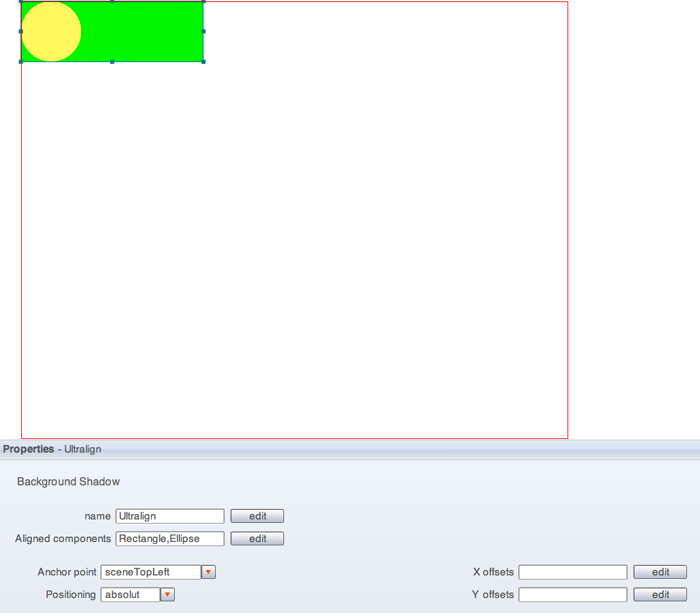 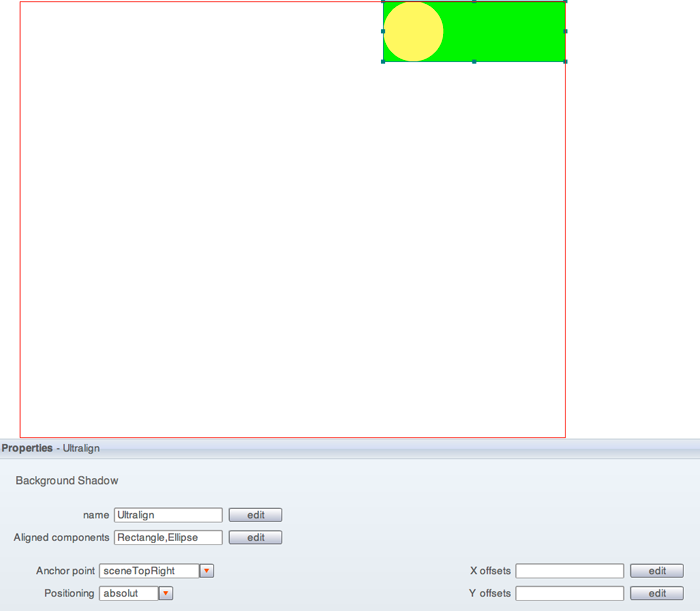 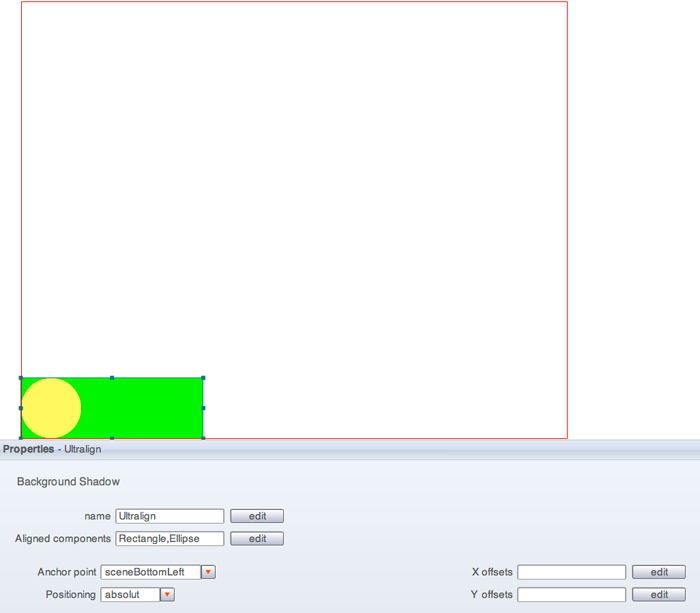 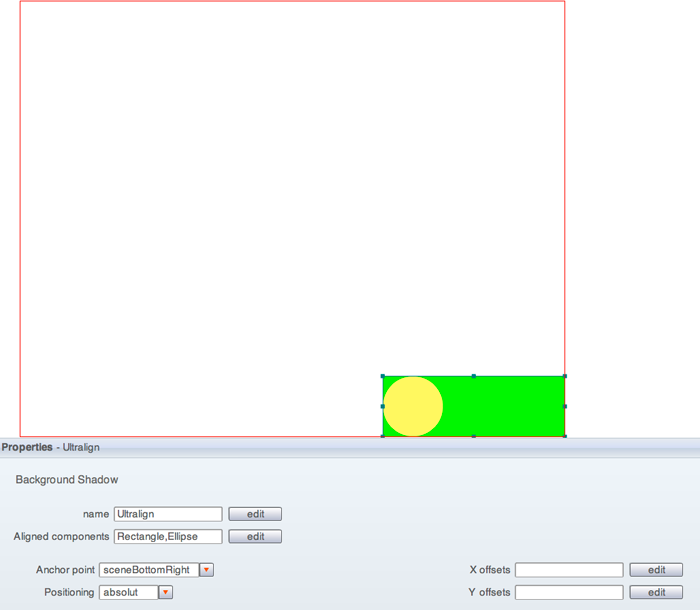