We are happy and proud to be in charge of the organization of the new Worldwide Haxe conference which will take place in Paris from May 24th to May 27th 2013. As last year Silex Labs wants to organize this event in a good mood of friendship and serious work on innovative technology, and as last year we have the chance to have great speakers for this event. (the speakers’ list is available on the wwx2013 website)

We hope that you will be as motivated as we are to be an active member of this community in order to make this event a success, we really need you for our haxe family so register now.

We had a great time together last year, and if you were too drunk or too tired to remember here are some nice picture from freddy. 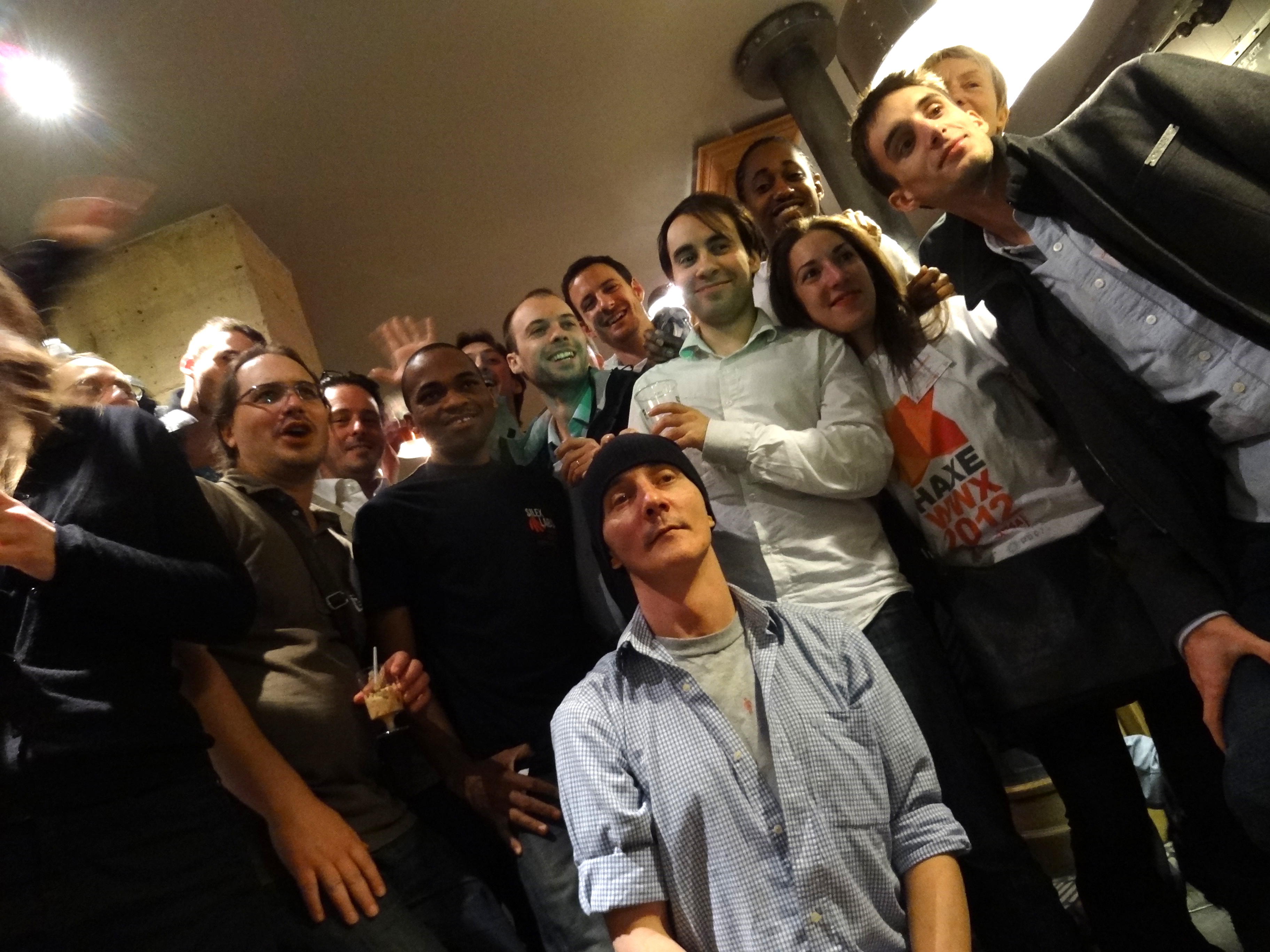 But we had also serious work and you can watch all the videos from wwx2012 speeches using the following links: - AWE6 by Rob Fell

- NME vs the World by Philippe Elsass

- Haxe 3 and 4 – Plans for World Domination by Nicolas Cannasse

- Vector Graphics in the browser with Haxe by Franco Ponticelli

- Getting pragmatic developers started with Haxe by Robert Bak