This is the theme used for the silex launcher (the .exe version of Silex). It is a good example of a desktop application made with Silex, and the ZincDesktop plugin for Silex.

Unlike the desktop widgets made with Silex, the desktop applications have full access to the user operating system through the Zinc API, which you can use with Silex very simple actions, see ZincDesktop plugin for Silex for more details.

The first version of this « Silex quick launcher » applications was made by Silex Labs and Mediabox together, so that Silex can be run from a USB stick. 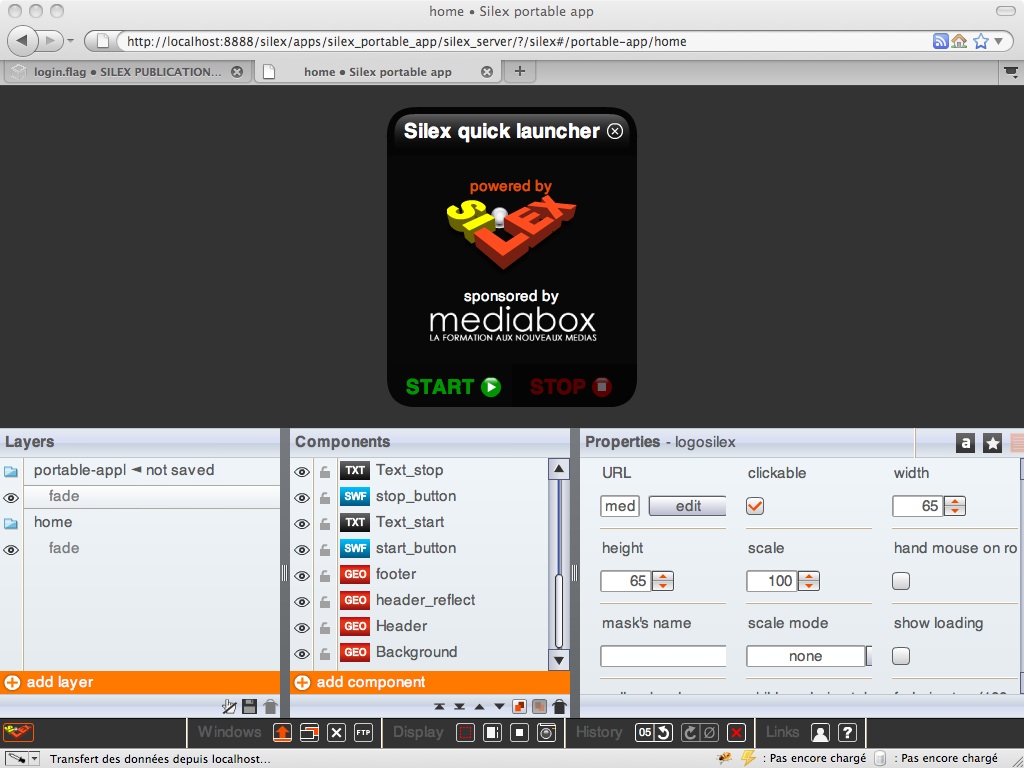 Theme used for the Silex launcher (the .exe version of Silex)