Pixlr plugin for Silex – web design in the cloud

The Pixlr plugin for Silex, makes it possible to edit your website’s images directly from the browser. It uses Pixlr free online service, without registration.

You will not have to leave your browser anymore to make Silex websites. Pixlr opens in a new window and let you edit the images of your Silex library. It is possible to draw by hand, to edit image properties, to apply effects, to crop, … Just like a photoshop online, beside your Silex server!

Please consider this is the first version of the plugin, it is still in beta version. Please report bugs here. 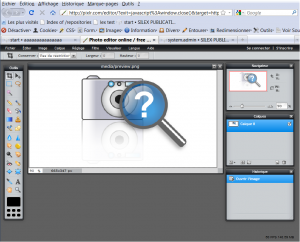 This plugin assumes you have installed Silex locally or on an online server. And you have to have internet access in order to use Pixler. 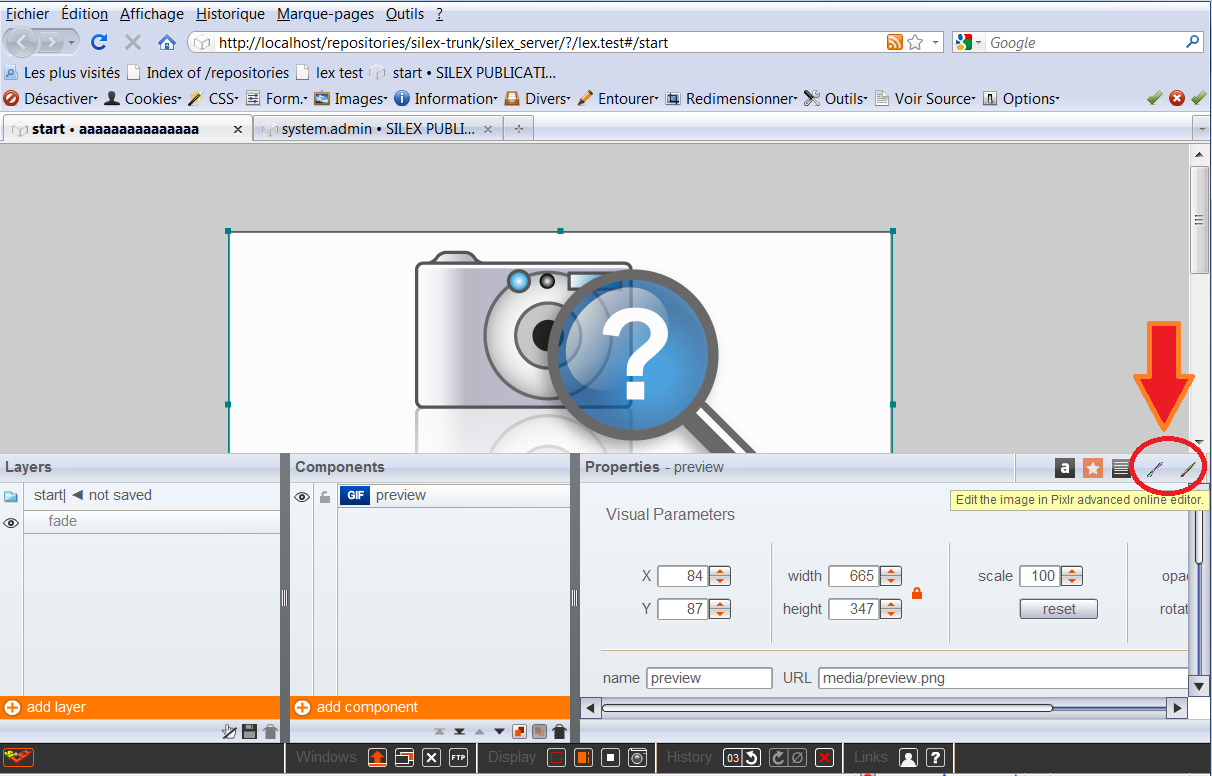 Pixler opens with the selected image. Edit colors, effects and so on… 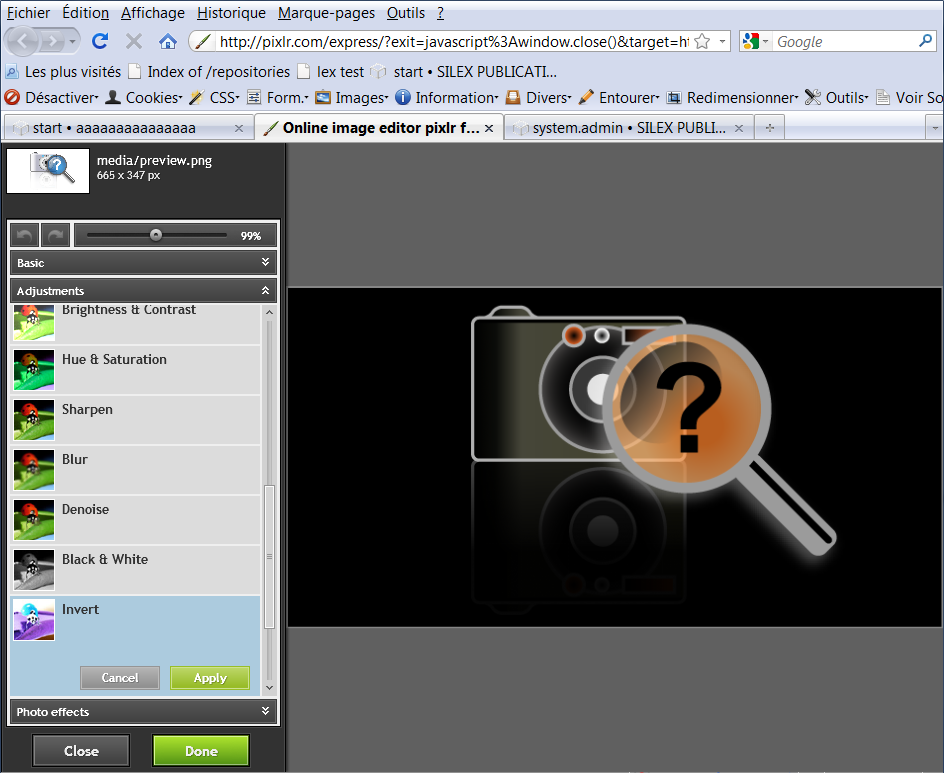 When you save in Pixlr and refresh your Silex page, your image will be updated - note that you may have to empty your browser’s cache to see the changes. 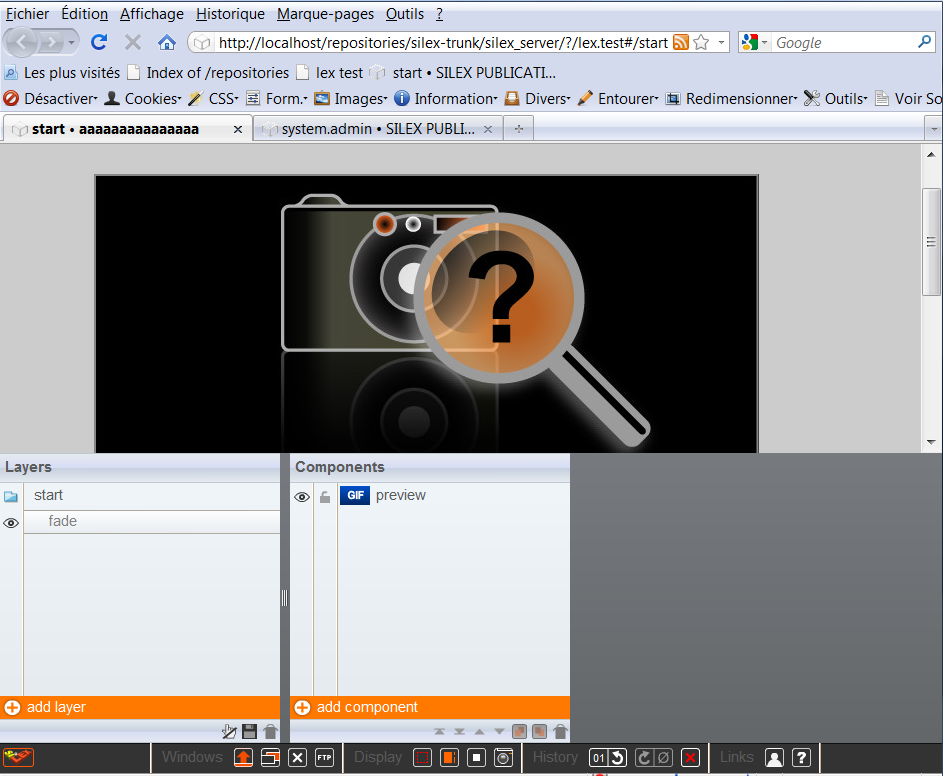