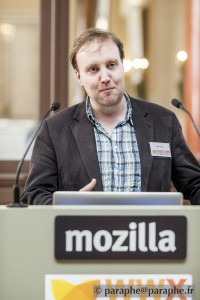 Robert Konrad is CTO at KTX Software Development. He does development work for serious games and gaming related research projects. He’s also regurlarly teaching at different universities. He discovered Haxe during new years eve when everybody else was partying and it was love at first project.

Robert Konrad’s talk is about Kha: Kha is an extremely portable Haxe based low level framework for games and media applications. The talk gives an overview of the history and inner workings of Kha and discusses its many benefits and few problems.

Slides of the talk “Kha” by Robert Konrad