Haxe for the Web: Getting things done 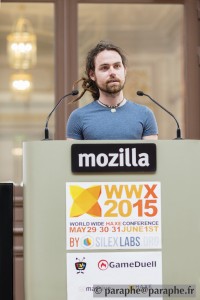 Juraj Kirchheim is a Freelance Developer. He has been around the Haxe community for a while now. A former flasher, now a devoted Haxer, he likes pushing the language to its limits, to annoy the compiler team to get new funky features and hang around our Google Group to help as best he can and to argue passionately in the countless discussions we have. And he still hasn’t learnt to write biographies. No macro for that just yet.

In the talk “Haxe for the Web: Getting things done”, Juraj Kirchheim shares with us a pragmatic approach to Haxe based web development, particularly on the client side. He shows how Haxe can be used not only for complex long term projects, but also for quick and dirty prototypes and rapid application development.