When you will need to program UIs in Haxe, then you might need a Cocktail !

With one code base you will be able to manipulate the DOM and deploy liquid layouts on all platforms supported by haXe. Cocktail is also a good complement of NME.

Since the announcement of an abstraction layer last year, we have released the first version of this haXe library, and we have a better understanding of where we want to go. We will enjoy talking about our goals, strategy and progress. 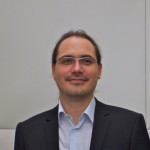 Co-founder of Silex with Pol Goasdoué, Alex Hoyau has a successful career in the field of Web Applications, as an Open Source developer, CTO and entrepreneur. 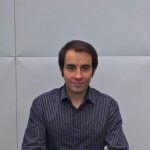 As Web application developer, Yannick co-founded the intermedia company and is the main contributor to the Cocktail library.

Here are the other videos of the WWX :
– AWE6 by Rob Fell
– NME vs the World by Philippe Elsass
– First Contact : Selling Haxe to clients and developers
– HXCPP – Haxe girt by C++ by Hugh Sanderson
– Haxe 3 and 4 – Plans for World Domination by Nicolas Cannasse
– Haxe/Java and Haxe/C#: Practical examples and implementation details by Cauê Waneck
– Vector Graphics in the browser with Haxe by Franco Ponticelli
– Multiplatform productivity tool with Haxe by Peter Halacsy
– Getting pragmatic developers started with Haxe by Robert Bak
– Haxe macros : meta-programming done right by Juraj Kirchheim
– Britzpetermann & Haxe by Nico Zimmermann