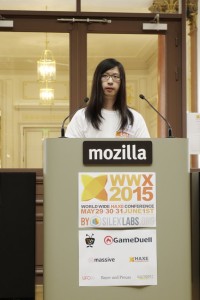 Andy Li is a PhD candidate in the School of Creative Media, City University of Hong Kong. Andy is the guy who introduced and has been maintaining CI for the Haxe Github repository for about 2 years. His primary research interests fall in the fields of human-computer interaction and augmented reality. 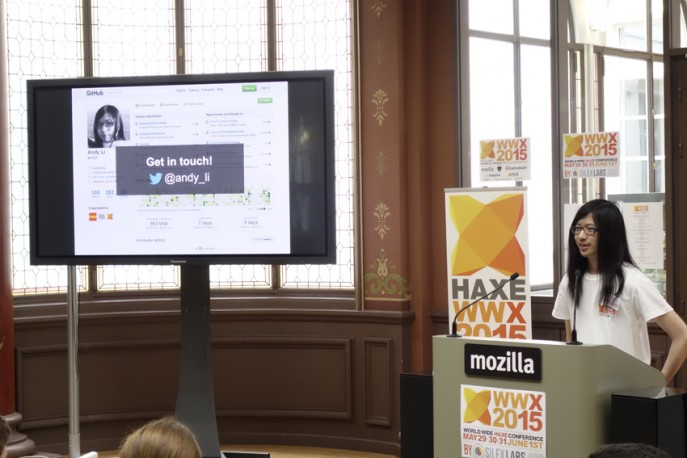 In this talk « Continuous Integration for Haxe Projects », he presents how to set up continuous integration (CI) services, like TravisCI and AppVeyor, to automatically test our Haxe code for every commit. He also discusses some interesting use of CI that could be useful no matter we are building games, mobile apps, websites, or writing novels.

@andy_li just showed how to continuously integrate your README files! @andy_li WILL CRUSH ALL BUGS, even simple misspellings 🙂 #wwx2015

@andy_li thanks!Really good talk! I was thinking maybe you want to write a page in the haxe manual about how to use CI? Just a simple guide.

@andy_li it was really awesome!

@andy_li @Fiene_P Great talk, easy to get started and exciting